Businesswoman Zari Hassan has finally revealed the real reason why she has not been posting king bae on social media.

Zari was forced to address this matter following endless questions from her fans concerning King bae. The socialite took to snapchat to explain that she has not been posting her lover because it gives her peace.

She also added that posting him was causing her unnecessary pressure hence her decision to minimize that.

“For everyone asking about him, the less he is in public, the less the pressure. Am at peace!!!” she wrote 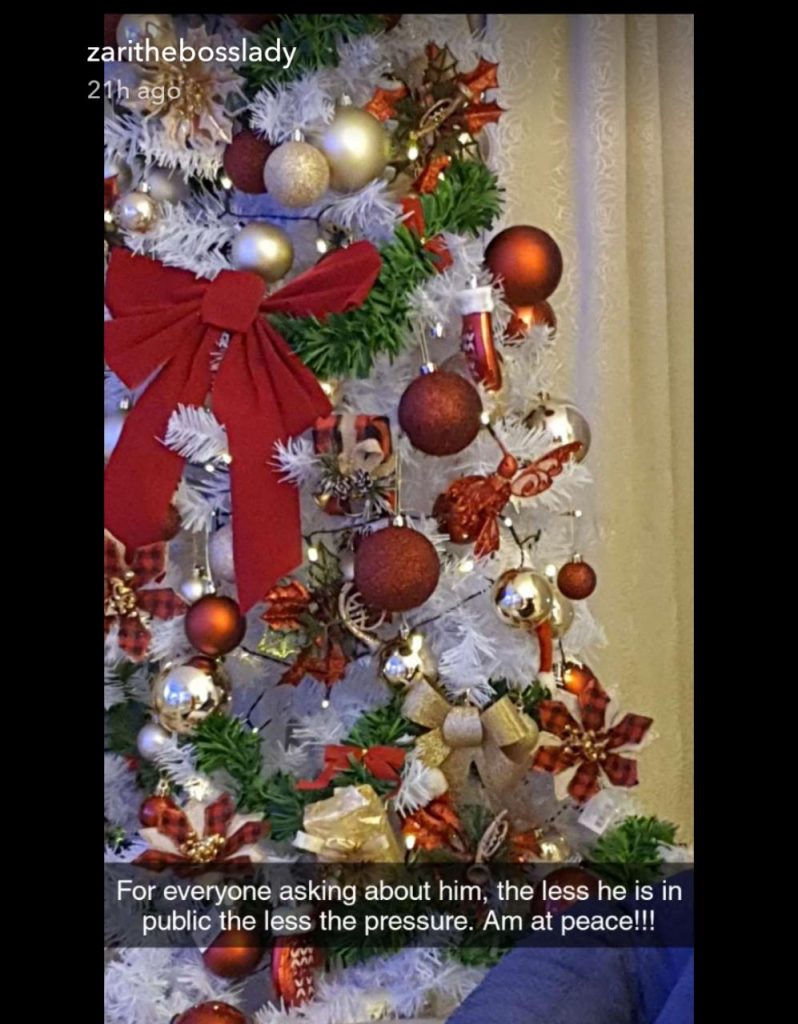 Her remark comes days after she stated that Kingbae is dead. This triggered speculations that their marriage had come to an end.

Fans have been on her case ever since she introduced her lover without revealing his face.  Even the fact that they held a secret wedding, made it more suspicious.

Zari is known to be such a show-off and people still think that there is a possibility she faked the entire relationship to make her ex-lover Diamond jealous. Some believe Zari never really moved on from her past relationship judging from her outbursts on social media shaming Diamond.

In her recent snapchat photo, Zari proves that Kingbae is real and they are still together.  She revealed this by capturing part of Kingbae’s shoulder without revealing his face.