Socialite Huddah Monroe has today blasted a fan who mocked one of her models. Huddah had shared a photo of her with the models who have been marketing her cosmetics.

In the post, the businesswoman thanked the models revealing how much she loves and appreciates them.

“Such a Gorgeous Throwback with my girls @huddahcosmetics . Yall dunno how much I appreciate u. Words can express my gratitude . I love u” she wrote

One of the social media users by the name Baraza suggested that one of the models was not fit for that photo. 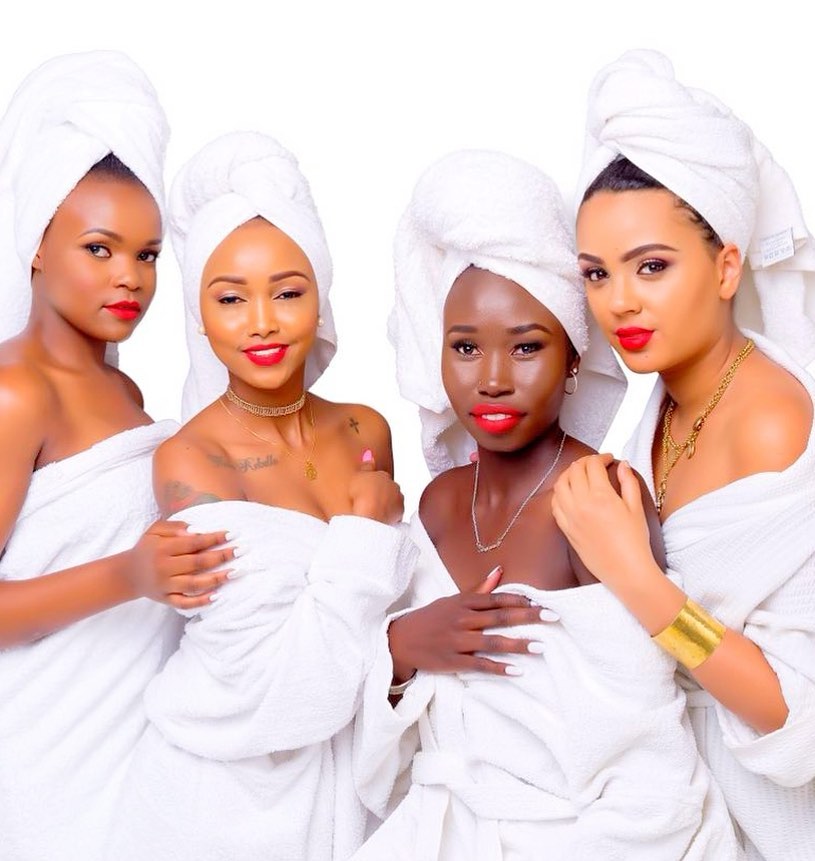 Huddah’s fans were quick to point out that the social media user was referring to the model with popping melanin.

In response to this comment, Huddah defended her models and women in general saying that women are beautiful and men who do not appreciate that should birth their own.

Fans sided with Huddah stating that it is such a shame for someone to make fun of others because of their skin colour.

“like seriously????? Because she is dark? Melanin cracks not remember.” said hwakiaga.hw

__maurry__ also shamed Baraza saying that such hate is ridiculous.

“@king_baraza The self hate with with African men is ridiculous. You hate your color so much that you can’t see it as beautiful on a woman. She is beautiful go deal with your hatred some where. SHAME ON YOU @king_baraza”

Even after being called out the fan unapologetically defended himself saying he did not see why ladies got offended yet he did not mention anyone.