Zari Hassan’s flamboyant ex-husband Ivan Semwanga passed away on 25th May 2017 while undergoing treatment at the Steve Biko Academic Hospital in South Africa.

Zari broke the sad news in a post that read, “God loves those that are special and that’s exactly who you were and I guess that’s why he wanted you to himself. You have touched and helped thousands, you did wonders and I remember you telling me “life is too short Zee let me live it to the fullest”, this very dark hour it makes sense why you always said those words to me. To your sons, you were a hero-some kind of superman. Anyone who has ever been in your presence knows what a charming person you were. You will be missed and remembered in so many ways. You were IVAN THE GREAT!”

His death and funeral dominated headlines in traditional media, websites and social media although there were speculations that he was not dead.

These speculations were given life a year after his death after he reappeared on social media with a post that read, “No matter the circumstances never forget to live your life.”

His reappearance on Instagram puzzled many who wondered whether he really died or is still alive just in hiding. Months after this post, 2 more appeared and in 2019, a photo of his son Raphael was posted on the page raising questions about whether he was posting from the other side.

Now the mystery behind the enigmatic posting has finally been solved; Ivan’s account is under new management and the photos are a way of keeping his memory alive and also to drum up support like the case of Raphael’s picture. 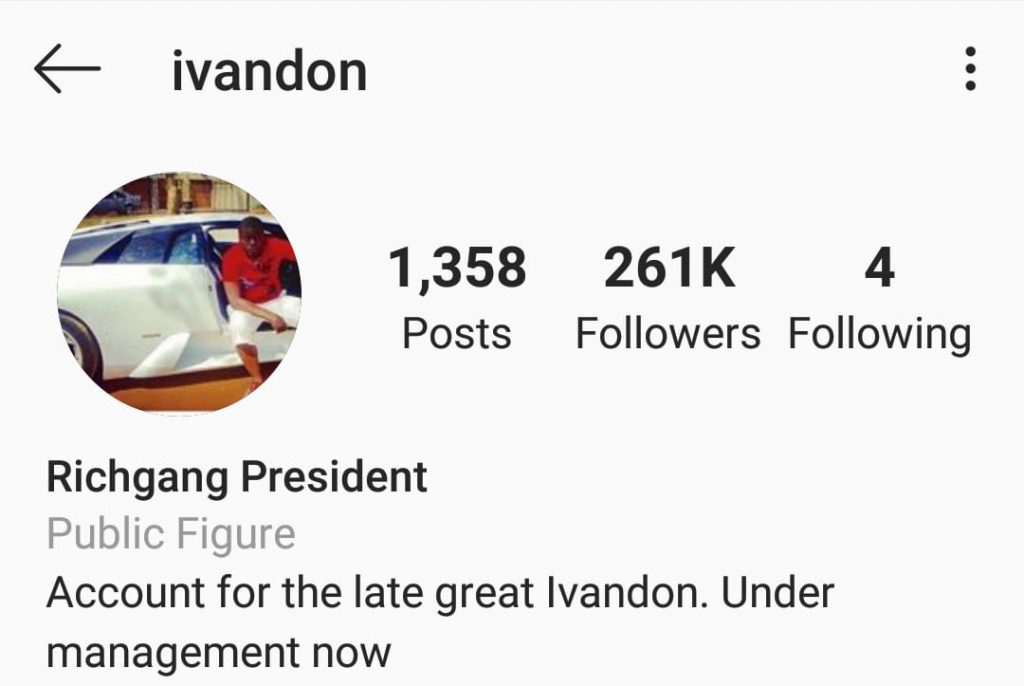