There was not a dry eye in sight as Size 8 narrated her harrowing pregnancy journey and childbirth in the ‘Muraya Vlog’.

Size 8 confessed that just like her first pregnancy, the second one was also difficult and she almost died several times.

“I have almost died several times because of this pregnancy. it does not matter whether you have 10 million but you do not have life, you cannot enjoy what you have,” Size 8 said.

One of the struggles she went through during her pregnancy was high blood pressure and fibroids.

“I got a major pressure attack and after a few weeks the pressure maintained a bit. Later I started feeling pain in my uterus and when I went to the hospital they did a scan and found fibroids. I was so devastated. The doctor comforted me and told me what it can cause is a bit of contractions but it was not at a point of haribuing mtoi,” she revealed.

However, she was not out of the woods yet as at around 34 weeks, the foetal heartbeat shot up and she had to undergo an emergency C-section.

“They checked my pressure and foetus heart rate and put me on oxygen and something to help with my neurons which were dysfunctional causing my convulsions…The foetus heart rate went high. Heart rate wanted up to 180, so they couldn’t by more time,” she revealed.

After the child was born, he was rushed to the Newborn Intensive Care Unit where he is receiving around-the-clock care. Below is an image of the newborn taken from their vlog: 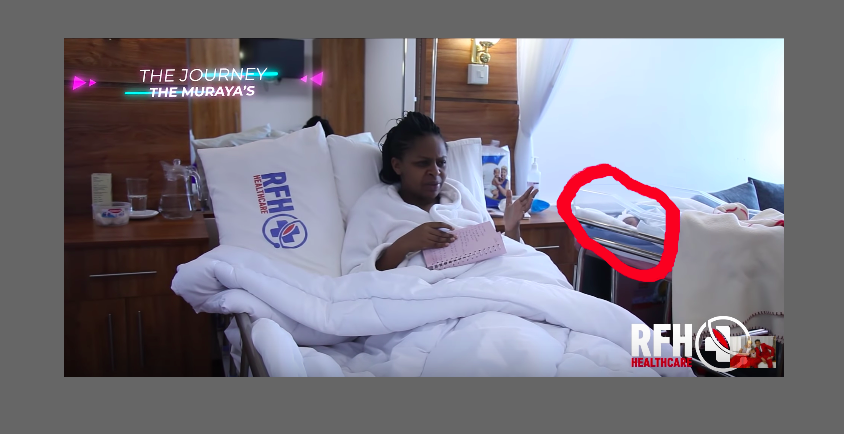