Besides that, there is also the family, which some Kenyan celebrities have tried to keep private because they want to protect them from unnecessary drama. For instance, Comedian Churchill is among the celebs who have managed to keep his love and family life private.

Others prefer showing off their family because they want to and open social media accounts for their children. They use that to get endorsements and they are paid well. We have the likes of The Muraya’s (Size 8 and Dj Mo), The Wajesus Family, Terence Creative and Milly Chebby, Nameless and Wahu, Bahati and Diana Marua, just to mention a few.

Some Kenyan celebrity fathers have never shied away from showing off their little juniors. They have made fatherhood look easy and fun. Here are the sexiest celebrity dads in Kenya;

1. Nick Mutuma. He has confused ladies with his charming babyface and eclectic sense of fashion. But sadly he is taken and is a father to a pretty girl, Dua. He had decided to keep it private but finally revealed they welcomed a baby girl with his long-time girlfriend, Bridget Shighadi. It’s not really clear if they are still an item or co-parenting.

2.Dj Creme De La Creme. The first thing that will capture your attention is his grey contacts. He is the king of decks and inspired many upcoming disc jockeys to follow their dreams in deejaying. He has a father of children and it’s evident from his social media posts that he enjoys being a dad.

3.Frankie Kiarie. He is popularly known as Frankie JustGymIt and known for his fit banging body. Gym Instructor Frankie was dating Youtuber Maureen Waititu and was blessed with two adorable sons. They ended their relationship two months ago which created a lot of uproar among their fans. They are currently co-parenting.

4.Mcdonald Mariga.He wowed us after expressing his political interests for the Kibra seat but that did not discourage him. He has been blessed with a lovely daughter that he loves showing off. He was in a long term relationship with Rwandese ex-girlfriend, Ariane who got married to a business tycoon after the split.

5.Robert Burale. People have trolled him because of how he speaks his mind out, he does not beat around the bush. Despite his grey beards, He is an image consultant, motivational speaker, pastor, and a proud daddy to a wonderful daughter. He has an interesting way of dressing up that leaves him looking sharp and stylish. 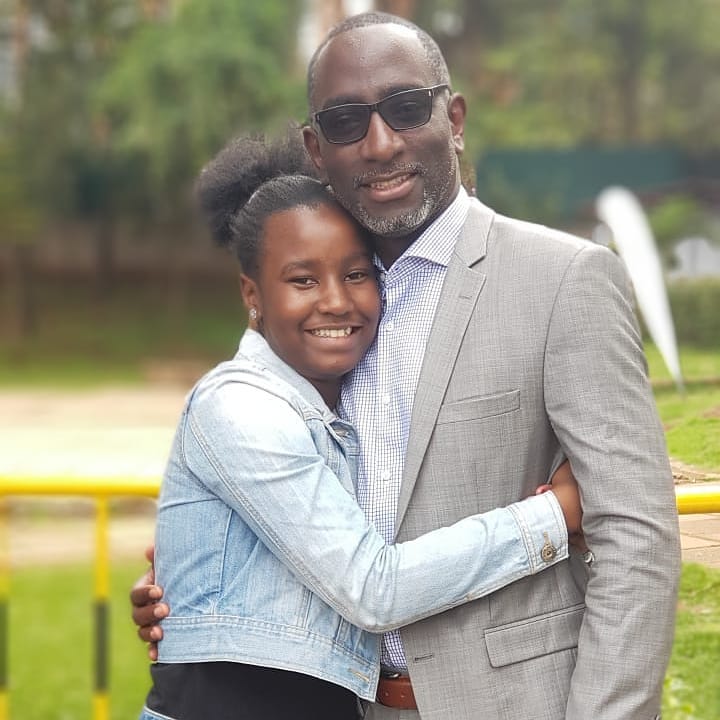 6.Boniface Mwangi. He is one of the activists that is not shy to fight for citizens’ rights. Former Starehe MP aspirant is passionate about family. He is married to Hellen Njeri and they have been blessed with three children. From his social media posts, it’s clear that he enjoys father duties.

7. Dj Mo. He is among the top gospel deejays in the country. He owns a deejaying school that trains those interested in the particular field. The Award-winning deejay is married to gospel singer Size 8 and they have been blessed with a daughter who is a complete photocopy of Mo. They are currently expecting their second child.

“He was a father. That’s what a father does. It eases the burdens of those he loves. Saves the ones he loves from painful last images that might endure for a lifetime.” – George Saunders quotes.