Diamond Platnumz sister Queen Darleen was surprised on her birthday after she received a bouquet of flowers from her boyfriend.

It was a rare gift because it was just not an ordinary bouquet because the flowers were over with notes of money. She could not hide her joy as she shared the photos of the gift on her insta stories.

The flowers were accompanied by a cake with a love message which read, “Happy Birthday my love.” She seems to have found and settled with the love of her life shortly after she was disappointed by her ex-lover.

Back in May 2019, she revealed how her then-boyfriend tried to seduce her sister Esma Platnumz behind her back. She said that she used to be so secretive about her dating life but this incident made her start opening up to avoid such awkward moments.

The man she was dating back then was side chatting her sister and almost made them fall out since Queen Darleen thought that her sister made the move.

During a previous interview, Darleen said that Esma is one of her close family who wishes her the best, advises and prays for her to get a man who respects her and has a good relationship that will lead to marriage.

The singer also opened up about her current relationship and said that she was head over heels in love with the man she is dating.

Queen Darleen revealed that the level of trust and love between her and her boyfriend was to the extent that they did not get tested for HIV, which was against a routine that she has been following in past intimate relationships. 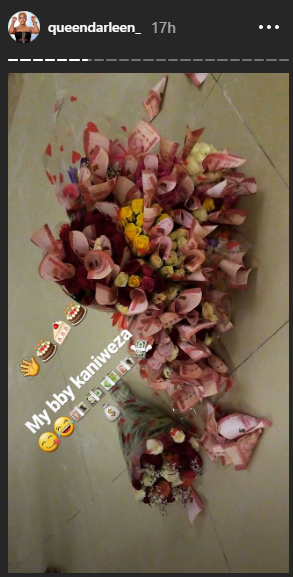