Kenyan HipHop artiste Kristoff has finally come clean about the ongoing news that he stole a song.

This comes a day after upcoming Gengetone artists, Effect Gang accused him of stealing their song dubbed ‘Bash’.

According to the music group, they were shocked to learn that the song was released by the popular artist in a star-studded collabo.

The song which features Kush Tracey, YvonneDarqc and DJ Bash hit the YouTube platform two days ago after being overly hyped on social media.

Speaking in a video, effect gang lamented that they had hustled and suffered for so long to get where they are in their music ambitions.

They also added that they were disappointed that the top artists saw no shame by riding onto their wave.

One of the music group members mentioned that he was shocked that Kristoff did not even sample their song but stole their original chorus. Kristoff released the song days after staging a cheating drama to promote it. While hyping the song, he stated that he was done with clout chasing scandals and wanted to focus on music.

It is, however, unclear whether the claims by the Gengetone artists is part of the plan or the singer is in real trouble this time.

Speaking on social media, Kristoff rubbished the claims stating that there is no way he would steal a song from people he did not know about.

“The story has been one-sided all through, How would I steal a song of people I had never seen or heard before in my life?” he wrote on twitter 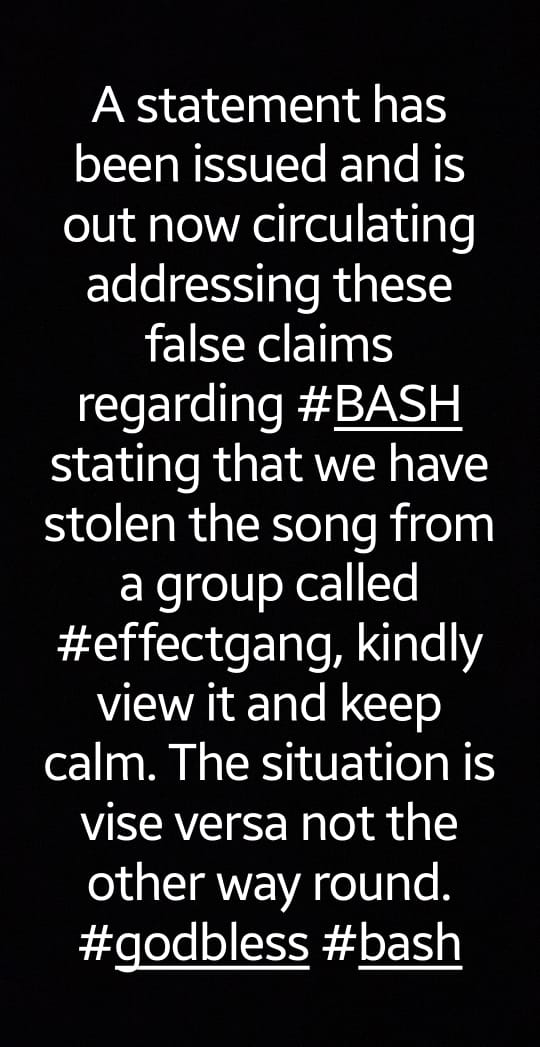 Check out some of the reactions

I knew it! These ‘pioneers’ of gengeton are all jumping on the wave of the youngins🤦🏾‍♀️🤦🏾‍♀️🤦🏾‍♀️

This is bad….maskini Hana chake!😢