Socialite Huddah Monroe revealed her dream husband through her Instastories. Sharing a photo of African leaders with Russian president among them, she said that President Vladimir Vladimirovich Putin is her dream husband describing the rest as slaves.

“Lol! Slaves and their master..who is my dream husband, Mr. Putin…I love this man,” she said.

Huddah has been putting into public her love for prominent people. Most of the photos she shares are of African leaders.

Some of these leaders that she has been thirsting over are; Eliud Kipchoge, PLO Lumumba, Juma Jux, and Sport Pesa jackpot winner Samuel Abisai.

It seems her taste for African leaders has come to an end since she also dissed Africa as a continent comparing it to a toilet.

“Lol! Africa is a toilet. People come and out and do as they please. Our leaders are treated like little boys who still piss their pants, they have no brain of their own. They get played by China, Russia, EU, Britain and the USA in broad daylight,” she said.

In the past, she has been dissing her home country Kenya but it seems her hatred is growing bigger as it has now spread to  Africa.

She referred to Kenyans as jealousy people full of hatred. Expressing her anger, she said; “When you are outside Kenya looking in, you just realize you used to live in a jungle. 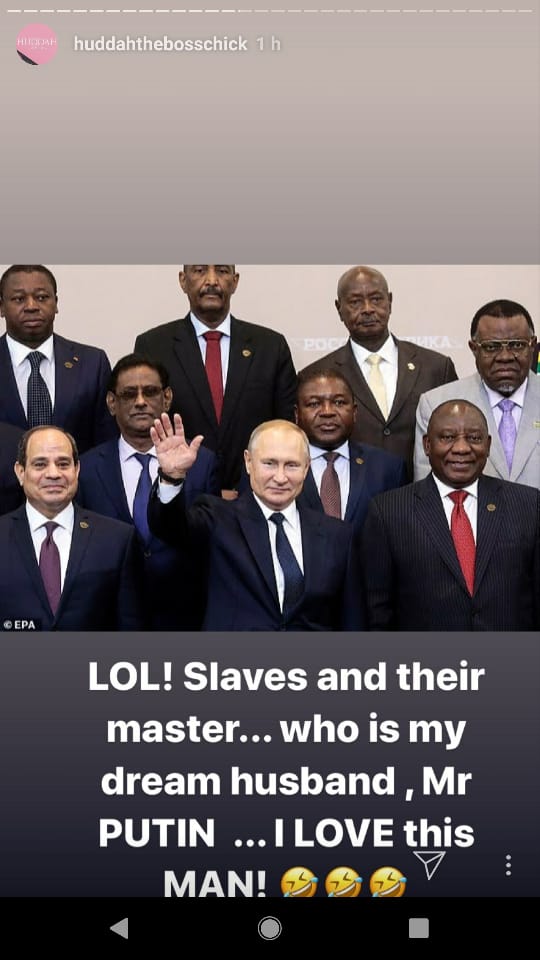 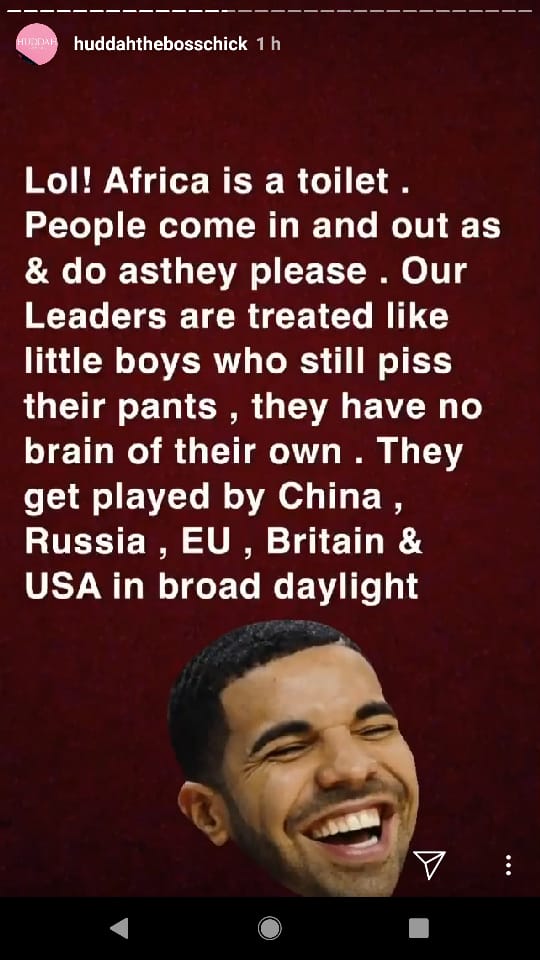