Songstress Avril whose real name is Judith Nyambura has never been lucky when it comes to love. Whereas her career in music has proved successful in the last few years, we cannot say the same for her love life.

The mother of one has been falling from one ditch to another despite taking precautions. Here are a few things she should look out for to avoid falling for the wrong men in future.

At the very top of the list of wrong men, any woman should avoid are the cheaters. The thing with cheating men is that they have slicker tongues than a snake. They know exactly what to say to sway your judgement.

Avril has in the past fallen victim to being in a relationship where the man is not committed. Her four-year fairytale relationship and two-year engagement to South African businessman Leslie Mugadza ended in shambles after cheating rumours started going around.

This was after he was spotted getting cosy with Namibian Big Brother Africa winner Dillish Mathews during lunch on Valentine’s Day 2016. Avril was in Kakamega performing at the time. Muga refuted the claims but the relationship ended a few months later.

In response to the break-up, Avril said, “I was engaged but that ended. We were together for four years and when my dad died we grew apart. I felt some disconnect. In needed some time apart. Sort of a break. The break never ended I enjoyed it so much.” Living in the limelight is not easy and Avril has learnt that first hand. Ever since her engagement ended tragically, the talented singer has kept her men under wraps. If she had followed her gut last time, maybe things wouldn’t have blown up the way they did. But love makes us do crazy things.

According to her, her ex forced her to betray her code and show his face to the public. Any man who forces you to do anything should be cancelled!

“It was more of his decision than mine. Alikuwa anataka kumake sure ako na hiyo protection which I totally understand from men. Alikuwa foreigner so alikuwa anafeel ni kama atachezewa akili, you know he doesn’t speak Swahili so alikuwa anataka aonekane I am the man of his woman,” Avril disclosed on Radio Jambo.

He is never around 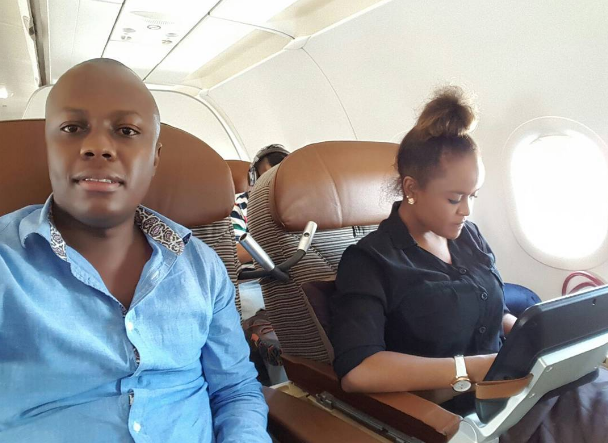 Avril and her South African ex Muga went through a seasonal long-distance relationship. They were hardly ever spotted together except for when they took lavish trips together.

The engagement wasn’t even publicized which is weird from a man who wanted everyone to know Avril was his. When a man wants you, he will find time to be with you. Not only when he messed up.

You never know where he gets the money

In Avril’s previous and much-publicized relationship, she enjoyed all the good things life has to offer through her businessman ex Leslie Mugadza. They went to exotic trips including China and South Africa. It was however alleged that the rich South African man was a con artist posing as a real estate developer.

After the breakup, Muga showed off his multi-million dollar mansion in South Africa, and cars and even flaunted stacks of dollar bills, and there’s no doubt, dude is balling.

When business turns into pleasure

Avril is not new to blurring the lines of business and pleasure in her interactions. As much as she tries to keep her private life off the limelight, on two occasions she has made a business partner into something more.

Many don’t actually know this but she met her rich South African ex-fiancee on what was meant to be a business deal.

“He is an amazing guy who was referred to me by a friend with the aim of assisting him on venture capitalism pertaining to local entertainment.  At the time he was in South Africa and me in Nairobi.  With time got deeper to the point of having chemistry- owing to his intelligence.” Avril revealed.

Let’s not get started with her interactions with J Blessing who is rumoured to be the father of her baby.

Someone who just wants to have fun After Avril dumped the South African, she revealed that she just wanted something exciting and not too serious. “Right now I just want an exciting relationship. I want an adventure. That what I need right now, nothing heavy and emotional.” said Avril.

If you know men, then you know this is the recipe for disaster. Avoid these kinds of interactions after a breakup because you are never in the right mindset to take that lack of commitment.